Thanks, but no thanks.

Big thanks to the Don for letting me re-post this.  From a curious little Ryno at www.blogfoolery.com.

In preparation for Halloween this weekend, I feel that I need to address something thats been on my mind lately.  I was recently cruising down 85 when I passed the infamous Netherworld haunted house.  This place is known for being one of the scariest haunted houses in the entire country.  You’re more likely going to leave with wet pants and skidmarks than with the notion that you just had a “good time”.  Trust me, peeing your pants is in fact NOT cool.

Ever been to a haunted house?  I sure as hell haven’t and I most likely never will.  You may think that I’m scared, and maybe I am just a little, but I dare you to force me into one.  I will make your haunted house experience much worse, guaranteed.  I’m more than likely going to crack some skulls and drop some knowledge on the creeps  in these hell holes.  Don’t believe me?  Just take a look at this guy… 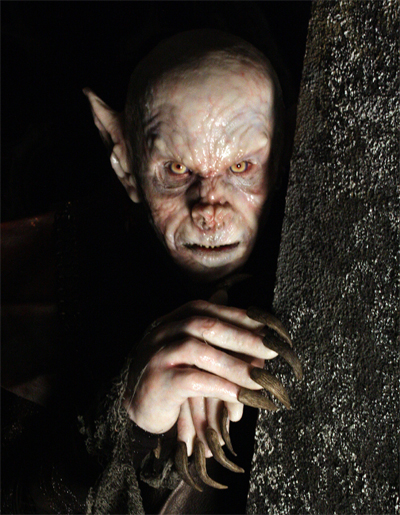 Now try and tell me that you don’t want to drop some serious Macho Man Randy Savage flying elbows on Gary here.  If this guy were real, he would most likely be listed on the demon sex offender list for indecent exposure and lewd and lascivious behavior with a minotaur.  That’s 5 to 10 buddy, but Spawn here is just waiting to scare the bejesus out of you and laugh about it later.  Try to tell me that your instincts don’t tell you to swing for the fences when you come across him.  He will most likely be hiding the tree of infinite sorrows salivating over the thought of attacking his next victim.  Nope, jump out from around a corner in front of me and I’m gonna sock you straight in the face.  I may actually be doing you a favor.  Then, you walk around another corner and, oh hello… 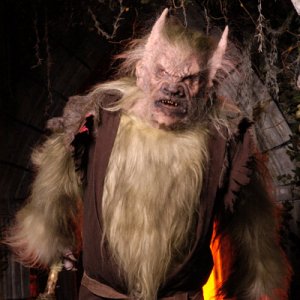 Chewbacca has a serious meth addiction

I’m sorry, but I’m literally going to leg sweep you and put you in a guillotine choke hold.  Nighty-night.  Maybe YOU can have a nightmare about me for once sucka.  Oh, and stop doing so much meth.

Now,  I understand that these abominations are just actors in disguise, but it makes no difference to me.  It obviously didn’t make a difference to this guy either.  Imagine making it through to the end of this joint to only be met in the stairwell by Leatherface himself…chainsaw included.  You wanted to just get “one last scream” eh?  How about one last roundhouse kick to the temple.

So the next time you decide that you want to challenge your digestive system to a game of chance, by all means, visit one of the many haunted houses located throughout the city.  Don’t expect to find me there.  I’ll be at home with the wifey with a drink in hand watching “It’s the Great Pumpkin, Charlie Brown”, and loving every minute of it.

This entry was posted on October 28, 2009 by ryanbjames. It was filed under Uncategorized .