I Can Derelict My Own Balls 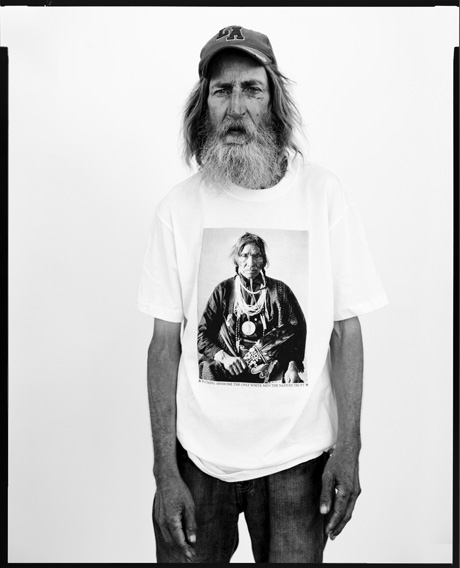 I knew I loved this company when they collabed with Etnies and came out with shoes that read “FUCKING AWESOME” across the heel. Then, when they dropped their fall/winter collection lookbook that featured vagabonds as their models, I just about peed myself. This line really is “Fucking Awesome”.

Whats better than having old ass bums as your models? Absolutely nothing. Not only can you pay them with a 40 oz. or some crack rock, but they make the photographer look like Estevan Oriol. I mean look at these dudes. These guys look like they are coming out of a 14 month blackout and they are making modeling look easy. The first guy has no idea what the hell is going on,  staring at the photographer like “Who the fuck are you and where the hell is my dadgum shopping cart? I got sardines in there.” 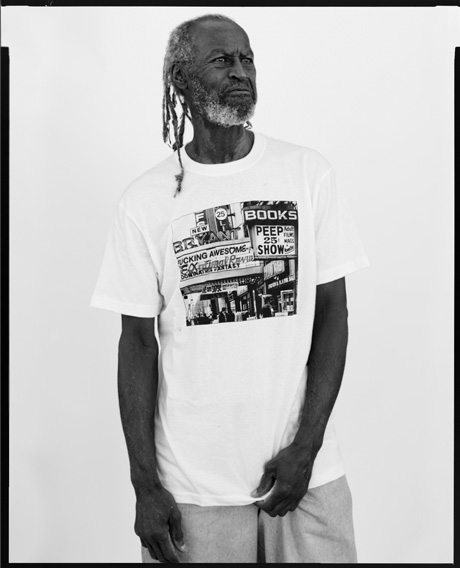 Bahahaha. Come on. Really? This one is the essence of humor. A bitter-beer faced, old black man rocking a shirt that reads “Fucking Awesome”, and staring off to the distance like a supermodel, while itching his crotch like a crack head. It honestly doesn’t get more clever than that. I bet the guys that started this line are cool as shit and got these bums all boozed up and introduced them to a bunch of pretty ladies afterwards. Think about that awkward interaction. I mean that is exactly what I would do if I were them. Can you imagine these guys wandering around the launch party aimlessly, staring off into space and mumbling shit under their breath? I don’t know about you guys, but I think thats a mental image worth making a reality. 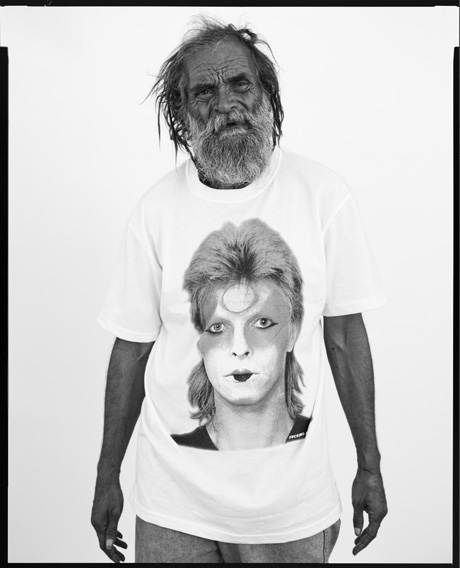 “I got this gay shirt on with some alien on it and these crazy ass fags are taking pictures of me.”

This guy is an exemplary bum. He looks like one of the grumpy, pissed off homeless guys that just yells shit at you when you walk by.  He’s even giving the photographer the “What the fuck are you looking at?” face. Completely awesome. They probably had to do some Crocodile Hunter type shit to get this guy into the studio. “Crikey, this guys a fiesty one. Lets use the tranquiliza dawt and shoot him right in the neck and get him to calm down niiiice n easy before we transport this beauty.” I’m pretty sure they risked their lives bringing this guy in. 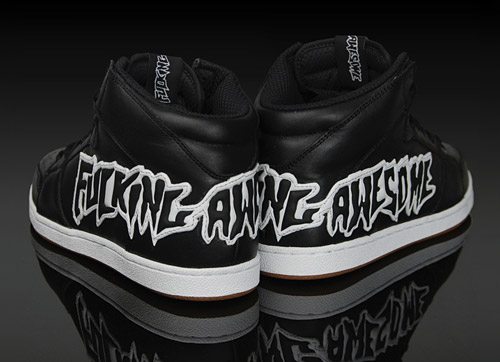 Not only do people have the audacity to rock shirts that explicitly display four letter words, but there’s also that same market for footwear. I almost bought these guys, then I remembered that I have parents, and my parents wouldn’t think these are fucking awesome. It’s one thing to say it every other word on your blog that is written by an alias, but it’s a totally different beast walking around with shoes that literally scream “Fucking Awesome”. My Mom would literally wash my mouth out with soap for wearing these, which is kind of rad if you think about it. I can totally see some punk 15 year old hipster kid rolling into his parents house with these bad boys on thinking how cool he was. Then, subsequently crashing back to reality once his mom throws these things away faster than his dime bag of shwag he left in the dirty laundry.

Props, “Fucking Awesome”. You had the balls to release a clothing line that is named after a phrase you dropped after watching Shark Week. I don’t think you’ll be moving your offices to Madison Avenue anytime soon, but I commend you for launching shirts that are so hipster, that even the gnarliest of mustache sporting, skinny jean wearing, pseudo-intellects can’t even wear them.