This video is amazing.

I totally lost my shit when that guy just stared into the screen. Shout out to @GregMike for the find.

Is it awesome? This is an old one, yet quite enjoyable.

If you haven’t seen this video, please watch it until it gets old so we can quote it drunk at the bar next time we see each other.

Hammerin’ away like he’s friggin Tommy Noble. No way. Get real. I paid for that floor. 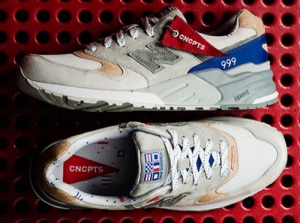 This past weekend, I had the inconvenience of having to fly on a commercial flight to my destination, which means it was dirty and smelled like a hospital. Per usual, the first thing I did once I found my seat was locate the newest & hottest issue of Sky Mall. Since its rude to walk up and down the aisles staring at the ugly melting pot of retards, I always find the Sky Mall publication to be the second best option to people watching. A few products in the most recent issue caught my eye, and I find it hard to believe that someone with any sort of decision making power allowed these products to go-to-market, but they did.

Look at these fly ass kicks. They are similar to any of your Dad’s running shoes, except for the fact that their logo is literally a cartoon sperm. These sneakers have nothing to do with AIDS, procreation, or mens volleyball, yet look gayer than Mario Lopez in a hot dog eating contest. Who did the branding for this company? My only explanation is that they are foreign, but if that’s not the international symbol for sperm, I don’t know what is. 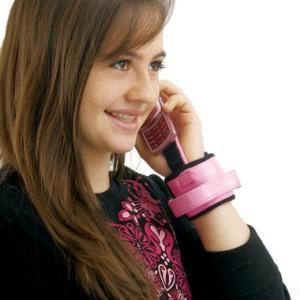 I don’t even know what to say about this one. It’s too unbelievable. To quote the product description, “Our patented Wrist Cell Phone Carrier conveniently holds your cell phone in comfort (no bulging pockets or digging through your purse or briefcase!) Best of all, it can be quickly and easily flipped open to answer with a flick of the wrist.”

Ohhhhhhh! Okay, now I get it. For a second there, I thought this product was completely fucking stupid and useless. 1998 called, they want their Motorola Razor back.

I’m pretty sure my dog would chew his legs off if I tried to put these on him. Kitten mittens for dogs!? An idea so bad, “It’s Always Sunny in Philadelphia” made an entire episode based on the absurdity of such an idea.

Charlie Kelly is the genius mind behind “Kitten Mittens”, and he made a promotional video to sell you on these pet accessories for homosexual animals.

Please stop shitting on us

This story brought Le Don Francois out of retirement, and I write this with a huge grin on my face.

You can’t make this up. Music fans and cool people across the world rejoice as Kings of Leon was forced off stage due to being shit on. Last night, pigeons in the rafters at an amphitheater in St. Louis apparently didn’t like the whiny bitch music they heard and decided to do something about it. They conveyed their dislike for the band by shitting all over them.

The show was canceled after three songs because a pigeon shat in the bassists mouth. According to the band, birds were shitting on them the entire time leading up to the show and they finally pulled the plug after multiple face shots.

Afterwards the drummer Tweeted: “So sorry St. Louis. We had to bail, pigeons sh–ting in Jared’s mouth and it was too unsanitary to continue. FULL REFUNDS 4 ALL. SO SORRY. Don’t take it out on Jared, it’s the f–king venue’s fault. You may enjoy being s–t on but we don’t. Sorry for all who traveled many miles.”

Rumor has it, KoL was unhappy about the heat and were discussing cancelling upon arrival. Either way, I can’t imagine a better scenario, unless it involved more shit and more animals, followed by the band announcing their retirement and the government burning every copy of “Sex is on Fire”. Pigeons everywhere, take note.

You can check out my favorite Kings of Leon video below:

If you haven’t had a chance to listen & download Priceless the Kid’s “DIAMOND LIFE” presented by Don Cannon and Diamond Supply Co., go ahead and shoot over to PTKmusic.com and catch that free heat. This project is almost completely comprised of original music by a star studded cast of producers. Ashanti “The Mad Violinist” Floyd and Symphony Crack, Kane Beatz, A-1, The Space Kids,  and DJ FU & Nicky Cage of The Weathermen all have a hand in this magical mixtape that makes one have faith that good hip-hop music still exists.

Lucky for you wanksters, not only can you download PTK’s new music for free, but he is raging at King Plow this Friday to celebrate being awesome. He will be playing with his full band, The Symphony Crack Orchestra featuring the multitalented Ashanti Floyd, Chris Morgan, Matt Barrett, and guest percussionist Casey Crogan. DJ Kane Beatz (“Kane on the beat, fuck around leave a n*gga dead on the streeeet.” -Weezy) will be on the 1’s and 2’s. This conglomerate of winners have been featured on major records with artists such as Lil Wayne, Rick Ross, John Legend, Young Jeezy, T-Pain, Jamie Foxx, and Sean Kingston just to name a few. Here’s a sample of what you cannot do and this doesn’t even feature the recently de-mohawked Matt Barrett.

To kick things off, Athens own T8R(TOT) will be womping the Gallery with his own style of dubstep, trip hop, and electronica. Following T8R will be a special instrumental performance by Symphony Crack before Priceless pillages the stage. Once everyone has officially been served by PTK & Symphony Crack, Atlanta’s own DJ MEGAN FOXXX will close things out for a late night set of epic proportions. Megan Foxxx is a producer and engineer for T.I.’s world famous label, Grand Hustle Entertainment and is playing a major hand in the “swag movement” that is taking rap by storm. T.I, Young Jeezy, Justin Timberlake,Young Dro, Yung LA, and Lil Wayne are just some of the artists he’s worked with and his remixes have garnered national attention, especially his remix of Roscoe Dash’s “All the Way Turnt Up”. “Megan Foxxx is for the guys who start dance riots… for the girls that decide it isn’t a question of ‘if’ they’re fucking but ‘whom.'” Sound like fun? Indeed.

This Friday is going to be an amazing night at King Plow. To get tickets, please go HERE and cop your advance golden tickets for $7. I promise this evening will be full of  amazing live music, great vibes, and good company sprinkled with a little bit of absurdity. By the way, $3 New Belgium Brews (Fat Tire, etc.) will be flowing all night for your drinking pleasure.

In the words of DJ Megan Foxxx, “Prepare to get f*cked…and no you cannot spend the night.”