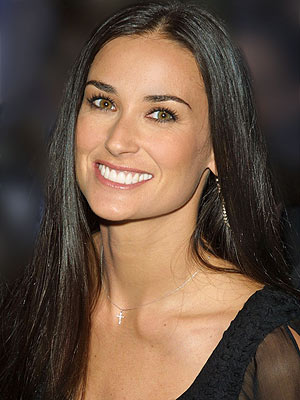 Demi Moore loves whip its. Earlier this week, she was hospitalized for becoming “semi-conscious and having seizure-like symptoms,” after doing copious amounts of nitrous-oxide.

Yeah, it’s called phishing out. Big deal. You can go to the lot of The Tabernacle after Widespread Panic tonight and see dozens of wookies phish out.

Apparently, she checked herself into rehab for substance abuse afterwards. That is pretty par for the course  for a 50 year old that is still ripping nitrous.

RIP Georgia Theatre… Athens Won’t Be the Same Without You 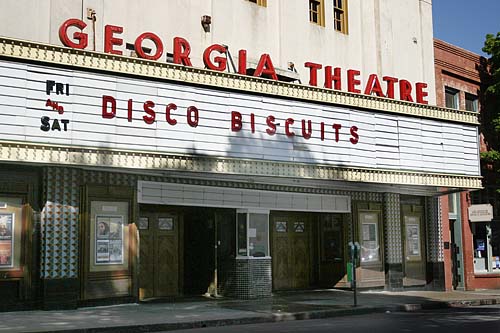 It’s a sad day for music lovers in Athens, Georgia and to anyone that’s ever had the pleasure of going to a show at the historic Georgia Theater. Early this morning, around 7am, a fire began that eventually led to the collapse of the building located in the heart of downtown Athens. Widespread Panic, R.E.M, and the B-52’s are three world-famous bands that graced the stage of the Georgia Theater during its reign over downtown Athens and helped mold the venue into a music landmark. I can’t help but be extremely disheartened when I think of all the experiences that I had in that building.

Some of my fondest memories of my four and a half years at the University of Georgia took place in the storied Georgia Theatre. Affectionately known among my friends and I as “The GATH” or “GATHY”, I had the pleasure of going to shows at the venue weekly throughout my tenure at UGA. I can’ t count the amount of friends I made at that place, the times I had with them, and the years that we took off our life while raging there. Everytime I walked in that joint, I could count on having a great time with the people that I came with, and the people that I knew I was going to run into when I got there. Even on Gamedays (yes, it’s capitalized), I would always love going into the Theatre whenever we stepped out of the game early and start boozing with Swamp, Wilmot, and the other friendly faces that were staples of the Georgia Theatre.  I have been back on multiple occasions to relive the glory days and check out some music since I’ve been in the “real world”, and the Theatre certainly hadn’t lost it’s zing. Not only did I nearly have a nostalgia attack just from walking back into the place, but also at the sheer number of familiar faces I saw after being displaced from Athens for nearly two years.

It was a fixture of Athens and my best friends and I spent countless nights tripping our faces off to some of the best bands around. Musicians and fans alike had a strong affinity for the venue and it was evident by the amount of bands that repeatedly came back year after year. A lot of great local bands were proud to call the Theatre home. Even world renowned bands loved the GATH and would come back and play there when they could easily sell out much larger venues. Sound Tribe Sector 9, Widespread Panic, String Cheese, Drive By Truckers, Beck, Galactic, The Disco Biscuits, Ween, Perpetual Groove, Lotus, Umphrey’s McGee,  Band of Horses, Girl Talk, and Bone Thugs ‘n Harmony are just some of the many bands that I had the pleasure of witnessing during my tenure in Athens. It really is incredible to think of how many great bands took stage at the corner of Lumpkin and Clayton throughout the years. 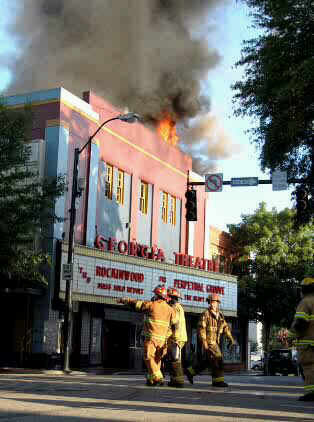 This is truly a sad day. I’ve received countless texts and emails from friends that I shared experiences with at the Georgia Theatre. It really is an odd feeling. A great friend of mine  that I haven’t spoken to in a while sent me a message early this morning. It read, “RIP GA Theatre. Think about all them times me and you raged it in that place. God dang.” Another friend, who is now on the other side of the country said, “Everyone else was out getting blasted in the bars, but we were in the Theatre getting our funk on, and I wouldn’t take back one second of it.” Altough not profound or philosphical statements, it was certainly true. Good times were always to be had in ‘ol Gathy and that’s a maja maja understatement. As sad and dramatic as this sounds at first, I feel like the Georgia Theatre helped influence me into the person I am today.

It’s important to be thankful for all the times we had in the Georgia Theatre. It’s a blessing that it passed away in it’s sleep and that noone was hurt. Let’s hope that the historic landmark is rebuilt and once again is a house of music so newcomers can experience the yachtiness that was the GATH. We shall miss you Gathy, and we hope that you are resurrected and once again open your doors. If you do, I will be there, and I plan on losing a shit ton of brain cells when that day comes.

What was your craziest or fondest memory of the Georgia Theatre? What will you remember most? Feel free to leave comments and this could get pretty entertaining. A benefit for the displaced employees will be put on by my good friends Perpetual Groove at the Classic Center tomorrow at 9pm.