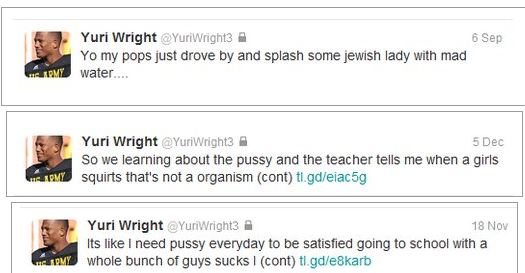 What dude? You are like the black version of John Rocker. Who says that?

An All-American football recruit, Yuri Wright, was expelled from his high school for obscene tweeting. Almost as pimp as Will Hill’s tweets that got him dismissed from University of Florida last year.

Ahem, what? That is literally retarded. Only at Florida would you find this sort of blatant thuggery. Remember when they kicked off that player for stealing a dead girls credit card? If you don’t, read about it here. One more reason to hate Florida.

Starting quarterback, Stephen Garcia has been suspended from the University of South Carolina football team, again. Apparently, it’s so bad that Coach Steve Spurrier won’t even comment on it, and the Athletic Director had to make a statement.

This is the second time since the 2010 regular season that Garcia has been reprimanded for his behavior. The last time he was suspended it was because he was found blackout in his hotel room the night before the Chick-Fil-A bowl game, with five girls, two of which were naked. If that story is true then I’m officially a Stephen Garcia fan and Go Gamecocks. 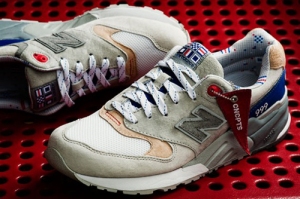 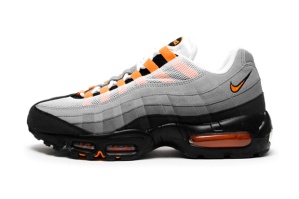