What dude? You are like the black version of John Rocker. Who says that?

An All-American football recruit, Yuri Wright, was expelled from his high school for obscene tweeting. Almost as pimp as Will Hill’s tweets that got him dismissed from University of Florida last year.

Ahem, what? That is literally retarded. Only at Florida would you find this sort of blatant thuggery. Remember when they kicked off that player for stealing a dead girls credit card? If you don’t, read about it here. One more reason to hate Florida.

Priceless the Kid- “No Barcode” EP on iTunes NEOW 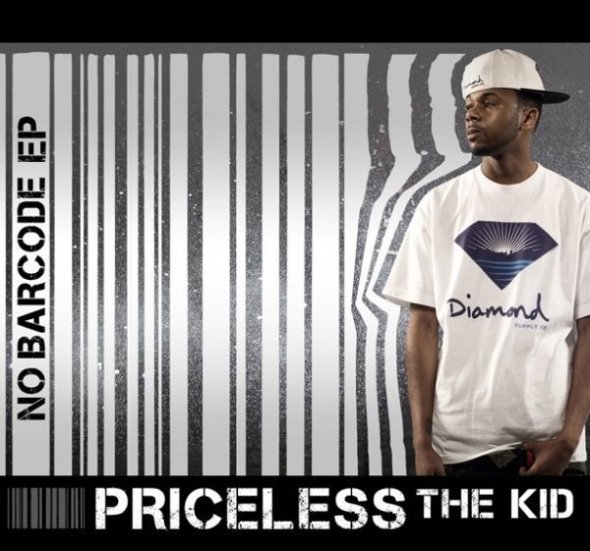 Home boy Priceless the Kid really came correct with his first EP titled “No Barcode”. Waiting for his turn after being on the same stage as B.O.B., Killer Mike, and Big Boi, The Diamond Supply Co. repping, former skater and Georgia native infuses all the influences of his life into a seven track release that is on point. Life experiences of growing up in Georgia, New Jersey, Guam, and Hawaii are evident in his intellectual, buttoned-up lyrics and innovative style. Priceless’ lyrics make you think that homie should be reading a Mensa publication instead of High Times.

“No Barcode” is a breath of fresh air for all hip-hop fans that are sick of the boujee bullshit that invades their eardrums via the radio, BET, and MTV. Not only are his lyrics on on smash, but the beats are HARD. What other rappers do you know out there that are ripping their lyrics over live violin and guitar?

The EP release covers everything from club bangers,  to ride-n-high, chill blast-off’s that make you want to quit what your doing and go grab the peace pipe and get your Pineapple Express on. All seven tracks show a different side of Price. “Witness (feat. Yelawolf)” is a cocky joint that is sharp as fuck. “Private Party (feat. Niko Villamar)” is a heater that really gets your feet to steppin and is a locker to be played at la discoteca. “Get Out & Get It” is grinder and really makes you wish that more rappers would start spitting over live instruments. “Believe It” paints the perfect picture of dreamer with drive that’s just waiting for his chance to make noise, and shit on all the haters that doubted. Anytime I’m riding high, I throw on “I Just Wanna” as my new smokers anthem and space out and wonder how The Kid wrote a track about my girl Mary, and sounded so damn smart.

Priceless the Kid is killing it in his EP and one can only give props to home boy for the cleaner than Clorox initial release. Stay tuned for more, because Price isn’t going anywhere. In the meantime, go to iTunes or Amazon and buy Priceless the Kid’s “No Barcode”.

Priceless the Kid and Ya Boy

Twitter is an amazing tool that has taken over the world of social networking. While it can be a legit tool used to keep in touch with friends and update people on the latest happenings, there are alway the shameless self-promoters who use it strictly to jack off to themselves and try and become famous (if they aren’t already). I never cease to be amazed at the DOUCHEBAGGERY of some people on this site. So, as party of my newy created blog, every week I will single out a new Twitterbag and cite some of their “tweets”, and subsequently rip on them.

Ladies and Gents, this should be fun, let the ripping begin.

I’m going to start off by asking you fuckers how the fuck this fucker got 50K followers. I know at least 4 of my pubic hairs that are cooler than this dude.

I’ll admit, I have watched The Hills, thus, I have the utmost credibility in ripping on this guido fuck. If you have heard him speak on The Hills, then you might feel bad for him because he talks like he’s mentally retarded, but don’t let him fool you, he’s a club promoter! I think he majored in club promotion at Harvard or Stanford, I’m not sure which one though. Wait nevermind, he’s just a douchebag that happens to hang out with other retards, and those autistic fucks happen to have a tv show. Please look at that grin, if that doesn’t scream “I suck cock”, I don’t know what does.

Lets translate a few of his tweets:
“I’m gonna go cut my hair ! New style ! 4 days til my bday !”
What he really means:
“I’m going to go to my stylist, Perez Hilton recommended him to me, and he is going to try to squegee out the narsty Guido goop from my head so I can have a chance at picking up my famous friends sloppy seconds at my own birthday party.”